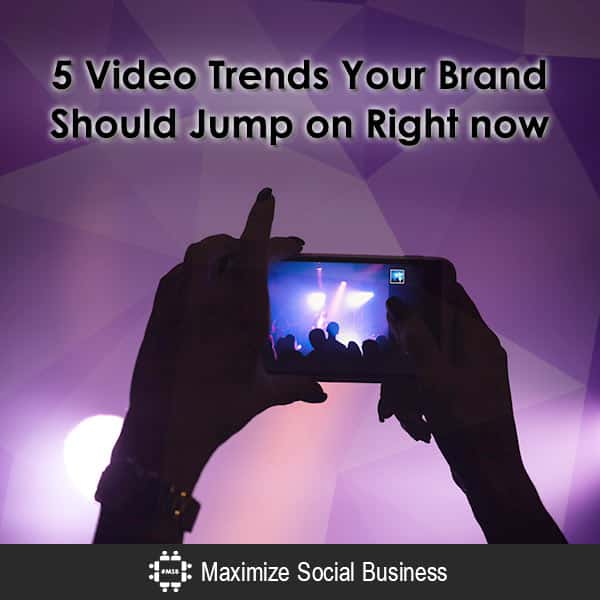 Recently, YouTube announced that the site has 1.5 billion logged in viewers each month. This doesn’t include those who are not logged in; which means the site has even more viewers per month than this number shows. The average viewer watches over an hour of video on YouTube every day. This is a big opportunity for brands to reach even more people.

Of course, it is important to remember that there are 400 hours of video uploaded to YouTube every minute, so, while the audience is there, you will still need to have a strategy for how you are going to get your videos in front of your audience. Creating a video strategy can be more difficult than creating the actual video. Because 1.5 billion of YouTube’s viewers are logged in, the good news is that it is easier to target your video ads to just the right people.

Instead of paying $100 to reach a random group of people, you can spend that $100 on reaching the right people; which will make your video more effective. More and more smart TVs allow people to watch from their living rooms. The one problem I have noticed with this is the sound quality of a lot of YouTube videos. They sound terrible on a TV.

Even if you are making a simple video for YouTube, I recommend having the audio mastered as if it was going on TV. This will give the viewer a better experience on all devices and make your video content more watchable; especially as other audio devices, such as smart phones, get better.

360 video allows the viewer to see a 360-degree view from the location the video is recorded. It puts the viewer right in the middle of the action. This type of content is the easiest to produce because the story is in the action. For example, being inside a race car or in an exotic location. It’s a form of virtual reality (VR).

360 video is going to be a big buzz word for the next couple of years. Brands that adopt it early will be rewarded. The equipment to record it has become very affordable.

Brands that have started using 360 video are getting good results. This may be due to the newness of the format.  One of the big challenges 360 video faces is that it requires the audience to be in the mood to interact with the video.  If they don’t want to do the work, or if they don’t understand how to interact with the format, it could cause viewers leave the experience.

Letting the viewer truly customize their experience. They can also select how long they want to watch and the system will prioritize the videos based on this input. I have been watching this technology for about 10 years now and I am still waiting for a company to really take advantage of it.

Despite being around with lots of great case studies to support it (such as Squatty Potty) video ads are underutilized. Video ads are dirt cheap right now, especially when compared to standard pay per click ads. The online video space has become so crowded that most companies are lucky to get 50 views for any video that doesn’t have a campaign behind it.

Video ads on Facebook and YouTube are the biggest opportunity for businesses right now. They allow you to reach the exact person you need and they stand out from other ads when done properly. Brands are slow to adopt video ads because of the cost of creating the video ad itself. It should also be noted that video ads are not right for every business.

If you sell a widget for a few bucks, it will be hard to recoup your money, but if each of your customers has a high life time value, or your product costs more than $100, it is something to look into. To help you out, I have created a free guide: Seven Questions to Ask Yourself Before Running Facebook Video Ads.

Jayson Duncan is an expert in Video Marketing. Jayson is a filmmaker and the Chief Storyteller of the video production agency Miller Farm Media. Miller Farm Media is an Orange County, California-based video marketing, advertising, and story first video production company that works with small businesses and Fortune 50 companies to help them create videos that inspire, educate, and entertain with strategies to get more likes shares and views. In his spare time, Jayson enjoys cars, playing his guitar, songwriting, and spending time with his wife, Gretchin and son, Miller.