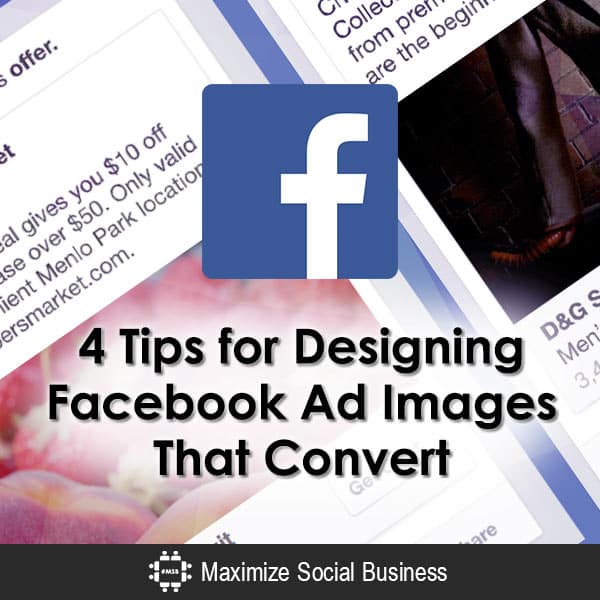 A big struggle that comes with creating compelling Facebook Ads is identifying what type of image to use for accompanying your ad text.

With so many advertisements constantly inundating us on Facebook, it’s no longer easy to stand out and compel people to click on your promotion over others.

So how do you create unique and irresistible images?

Last month I ran a test to answer this very question. I spent too much money on Facebook Ads just to figure out what elements of a graphic lead to higher conversions and a lower cost per click.

We were promoting an ebook on creating epic social media images.

Here’s what we tested:

What’s important to note is that the copy in every advert set was the exact same. The only thing that changed was some aspect of the image itself.

Here’s what we learned:

Tip 1: Include a Clear CTA

What we quickly learned is that visuals with a clear call to action in the image itself performed almost 300% better than images without, and resulted in a much lower cost per click overall. We ran a couple variations each with a different background color and font style.

A darker background with a white text overlay and a product shot resulted in the highest number of conversions.

In order to create this image, Facebook states that images which are 1200px by 620px are the ideal size for images. Try to minimize text to 20% of the overall image for better reach. You can use this Facebook ad text overlay tool to check whether your images fit this requirement.

We used the graphic design software Venngage to create all of the visuals.

First, start by changing the background color of your canvas:

The next step is dropping in your text. In this particular visual we used the font Raleway, which is a sans-serif style.

Upload your product shot using the image uploader and resize it to fit accordingly into the canvas frame.

Once that’s done, search through the icon library and find an appropriate shape to add on top of the product shot. Lower the opacity so that the icon doesn’t cut off too much of the image.

Finally, drag in your CTA text and your image is ready!

This image is relatively easy to create and doesn’t require you to get a designer to make the visual for you. To make this ad image, click here to access the template.

Another type of visual that we were quite surprised worked very well in converting impressions to clicks was images with a location. This performed 200% better than other ad visuals in terms of a lower CPC and cost per acquisition.

Here’s a preview of the image in question: 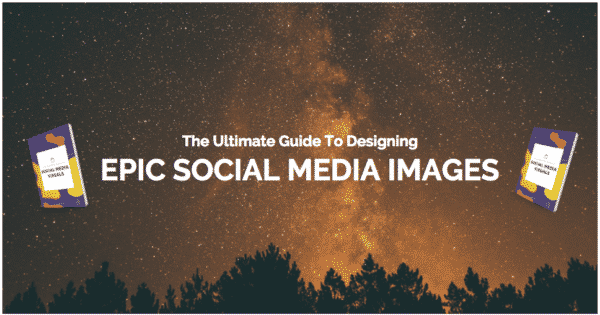 It’s hard to say exactly why this image performed so well, but the reason may be that we associate nature with happiness and tranquility. As a result, people connect images of nature with “good vibes”.

In addition, of the three nature-based ads we ran, the darker color schemes always performed much better, which leads us to believe that in contrast to the white background of the Facebook newsfeed, a darker background simply stands out more and grabs the audience’s attention faster.

Tip 3: Use Charts in Your Images

We also found that including some form of chart to the visual resulted in higher engagement. For marketers who are always looking for data-driven content, they may have associated the presence of a chart with “new research”.

Of the four ads which featured charts, this image performed the best.

This also surprised us since the image in question is nothing spectacular. It may be that the symmetrical nature of the visual appealed to people, thus resulting in a higher click-through-rate.

The second best performing chart visual, which had a cost per click of 200% lower than other adverts was this image:

This particular image combined the representation of charts, food/beverage and illustrations. A similar version of this template is available here.

Another tip not necessarily relevant to creating visuals, but important nonetheless is to run separate advert sets, rather than including multiple ads in one advert set. This applies primarily if you are testing multiple variations of an ad.

The reason for this is that if you have too many ads in one advert set, Facebook will automatically show the advert that gets initial traction more frequently. It’s still fine to keep multiple ad sets in one campaign, but if possible remember to separate the individual ads from one another.

If you have tested running Facebook ads in the past, and have had a lot of success with it, I’d love to see what types of visuals you used during the campaign. Feel free to share in the comments!

Looking for more Facebook marketing advice? Check these posts out!

Nadya Khoja contributes a monthly column on Infographics. Nadya is a Visual Content and Digital Marketing Specialist. She is part of the team at Venngage, an online infographic maker. Nadya has a B.A. with Specialized Honours in Devised Theatre and a Master's Degree in Digital Media with a focus on Audience Engagement and Immersive Experiences. When she has time, Nadya directs, produces and sound designs for experimental and interactive performances.