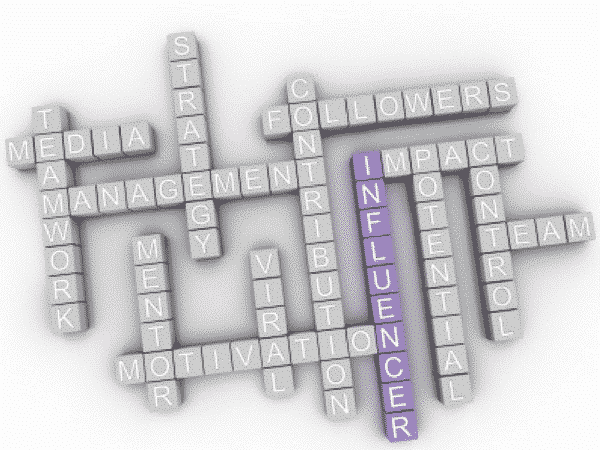 It will soon be ten years since I became interested in the phenomenon of influence marketing and its evolution on social media. Today, influencers are the “buzzword” of the year.

First of all, please stop talking about influencer marketing when it’s a recommendation campaign, spokesperson or sponsored blog. So, let’s talk about advertising placement or celebrity sponsorship because that’s what it is.

At the risk of repeating myself, influence marketing in social media is not a popularity contest based on visibility or subscribers. But rather a new marketing approach that’s much more complex and multi-faceted strategy. We don’t start influencing social networks overnight, it requires a process that involves several steps and takes years before achieving conclusive results.

Social media influence is built on credibility and trust. These are acquired with quality content and relationships that develop over time. There are no shortcuts, and those who want to sell solutions to minimize the time and effort are what I call “influenceratis“.

The true impact of niche influencers and celebrities

With the emergence of platforms for sharing visual and ephemeral content in recent years, we’ve seen a multitude of niche influencers and micro-influencers emerge. Many, truly animated by their passion, have exploited their creativity and have quickly become very popular in their community. These influencers deal with fashion, travel, health, cinema, books or video games. It’s in this context that several blogging moms have become celebrities.

However, these niche influencers exert their influence only in a certain niche, with a certain clientele, and often only on one platform. In this sense, the real impact of niche influencers and micro-influencers for brands and companies remains limited, unless planning a highly targeted recommendation campaign. This amounts to an advertising placement.

Exactly like George Clooney who is paid by Nespresso to shoot commercials. Even if these short films often turn out to be beautiful, it’s still an ad. With these Nespresso ads, Clooney surely won’t influence true amateurs or connoisseurs of coffee.

The illegal tactics of false recommendations

By agreeing to do a recommendation campaign for a brand or a company, niche influencers become, in a way, a new commercial showcase. And as such, this business relationship must be clearly declared to consumers.

However, niche influencers must also understand that each time they use the confidence they have built for themselves. If they want their fans to respect and trust their recommendations, they should be made in a transparent manner. Which brands may be less interested in doing.

Several niche influencers along with the brand chose not to reveal their business ties. This prompted a tightening of rules and control mechanisms. By redefining the rules more clearly, the FTC and the Advertising Standards Canada Bureau now require businesses and influencers to declare their business relationships. However, these organizations are missing the mark and should look into sponsored ads.

The black market of fake subscribers and astro-turfing

The market for fake followers and astro-turfing is growing. But today, with the proliferation of false news sites in recent elections, the phenomenon has become a real industry. All over the world, Russian, Chinese, Arabic and English sites offer false news, and fake subscribers for a few hundred dollars.

This has also led to the control bodies to require the targeted sites to exercise greater vigilance. Facebook, YouTube, and Instagram recently announced new measures to counter false news and false subscribers. This will help unmask the “influenceratis” that have created a “celebrity” with false subscribers. This is also called astro-turfing. This has nothing to do, again, with influence marketing. Fortunately, governments are increasingly trying to legislate to prevent this industry from spreading further.

The majority illusion of ¨buzz¨ on social networks

In 2016, scientific and academic research published by MIT demonstrated that the impression of a ¨buzz¨ on social networks created an uptick in engagement was in fact a misleading illusion. These studies revealed that at the moment of the initial broadcast of news by this “influencer”, the message will spread very quickly, relayed instantly by the “followers “, whether they are real subscribers or ¨fake followers¨. This creates an illusion of a majority. For a moment, everyone will seem to be talking about it, but in fact it will not. Unless the “buzz” becomes viral and extends over a long period of time, the commitment to the ¨buzz¨ will be very temporary. The next second, the news will quickly fall into oblivion.

Another study, carried out by the firm Marketly, showed that on Instagram, the larger the number of subscribers, the fewer shares, and the comments. And even if Instagram (and Facebook), and other social platforms, introduce stricter rules to control tricks, companies and brands will have to be consistent to not fall into the trap of “influenceratis”. Which only creates a ¨buzz¨ of the moment.

The artificial bubble of influential marketplaces

In the wake of niche influencers and “influenceratis”, who have built up considerable audiences of ¨followers¨, a new industry has been created by offering contacts. They act as ¨casting¨ or service placement agencies, collecting a percentage of the profit.

For a time, these agencies have created and nurtured the growth of a new artificial market, based mostly on false data to increase visibility. The cost of the niche influencers experienced a disproportionate increase. Some go as far as to require up to $30,000 for Instagram posts. With the elimination of false accounts and false news on most popular social networks, this economic bubble will soon burst. Gradually, visual and temporary sharing platforms will lose their traffic, and as a result, and brands will gradually turn away from this market. Influencers will then have to offer a wider range of services to continue attracting and meeting the needs of their clientele.

What do you think? Do you think that these are myths that are worth exploring, and that government agencies are right to tighten controls? Share your opinion by commenting on this article.

Raymond Morin contributes a monthly column on Social Media Influence. Raymond is a francophone author and speaker who has 20 years experience acting as a senior strategic consultant and coach for organizations, SMBs and independent professionals. Author of the books «Culture Web à la portée des PME» (2001) and «Comment entreprendre le virage 2.0» (2010), he has also contributed to several magazines and bloggers platforms over the years. His upcoming new book in French, entitled «Generation C et l’influence des consommateurs branchés», is prefaced by Neal Schaffer, and will be also published in English and Spanish during the next year. +Raymond Morin