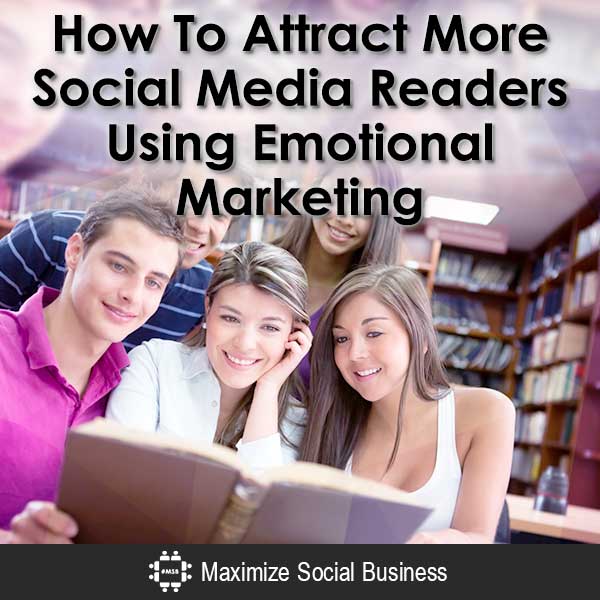 There is a genius that has still yet to be cultivated in social media called emotional marketing. But what is it exactly? Emotional marketing is basically things that build your ego and make you feel confident about yourself. In other words, there are brands out there that are so solid with some people that they are put in as a permanent household name. I’m a Dale Earnhardt fan for life. Those kinds of ideas that people are so attached to that they get the Harley Davidson symbol tattooed on their person or slap a sticker on their truck window.

They believe in the product.

But this is the genius of emotional marketing. We want to feel this way. We want to see an ad on television about how something can make our life better at that exact moment when it feels like all Hell is breaking loose around us.

Emotional marketing is being used, but it’s not understood because most people don’t realize that what they are doing is the cause of emotional marketing. They get people to a certain point, and, because they don’t understand the full potential of what they’re doing, end up coming on too strong at the end for the sale or the subscribing opportunity.

What Is Emotional Marketing?

I have to tell you what I came across the other day. I found a wiki statement that said this:

Emotional branding is a term used within marketing communication that refers to the practice of building brands that appeal directly to a consumer’s emotional state, needs and aspirations. Emotional branding is successful when it triggers an emotional response in the consumer, that is, a desire for the advertised brand (or product) that cannot fully be rationalized.

These are all simply triggers of what makes people tick when they come online.  If you have been reading my posts here on Social Media Psychology, then you will know that there are a lot of factors that come into play when someone is directed towards your site. Emotion plays a huge role in this factor. You want to bring a positive emotion out of the people reading your social update to get them there and there are certain things that you can do to direct them where you want them to go.

If there’s one thing that is certain, it’s that. People are just plain weird. You can’t really tell what kind of a mood their going to be in today, whether or not they’ll like the same thing today as they did yesterday. Bunch of weirdo’s, but it’s true. However, one thing stays the same in this ever changing mind frame of the reader/follower and that is their emotions are a blank slate.

You do have a chance to drive them to your site. They may not have woke up this morning, jumped out of bed and said to themselves, Hmm, I think I’ll go to “so and so’s” site today. More than likely they didn’t, but what I’m saying is that even though they’re not thinking about you, once they converge on your update, their emotions are unbiased.

The Keys To Emotional Marketing

Can you build emotion through an update?

The best part about this answer is, yes, you can. Emotion plays a strong role in how people see your social updates. Your posts may have relevance and be of some help to them on a certain level, but they could care less because you haven’t made yourself available to them on the outside level.

The social update is the front door to your blog. No one knows about your content, and unfortunately, no one cares. Bringing them to your content by using certain emotions is a key factor in building a large following both on your site and in your social accounts.

Some of the strongest words you can use in a social update are these: WHO, WHAT,WHEN,WHERE,WHY, & HOW

These words generally raise questions in the followers brain and leads them to believe that you know something that they do not, or you’re getting some better information on a certain topic. When people have questions, they want them answered. However, they may not have the question in their head at the time they come across your update. That is why it’s up to you to raise the question for them.

That’s one of many that you can use.  As you see, it uses one of the 5 W’s and it raises the question of “Well, what am I doing wrong?  I thought I was doing something right?  Well maybe this person knows something I’m not doing…I should go check this out!” You have to raise a question in the reader’s mind, and show them that you can answer that question inside the post you’re directing them to.

That’s usually the way it works out.

There is one thing that is true of all people.

They don’t want to be left out.  They want to know what you know because they are in the same race you’re in.  They want to make money.  Really, the majority is just a bunch of marketers selling to a bunch of other marketers when you think about it.  When you have some great information that you want to share with readers, you’ve got to make everything stand out on an emotional standpoint. With your images and your text description in the update. Depending what industry you’re in, most of the emotion is people wanting something. When you can give that to them by connecting with them on an emotional level, you’ve done your job.

Without giving any opinion of your own, you’ve got to share with them that you have something of use for them and that they need to read it NOW.

The fact of the matter is simple. You want traffic and they want information. It’s a good exchange. When you start to realize that it’s with your social media updates that you’re going to drive this traffic, and you start actually writing psychologically effective in your updates, that’s when you will start seeing a positive result in your social media!

This monthly Social Media Psychology column is contributed by Wade Harman. Wade is a full time blogger and social media psychology expert. He earned a Cognitive Psychotherapy graduate degree in 2000, and he now uses that knowledge to research and develop social media strategies and methods that create action and emotion in the reader. Wade can show you how to spark an emotional reaction, get the reader's attention, and create action that drives traffic to your site through social media.